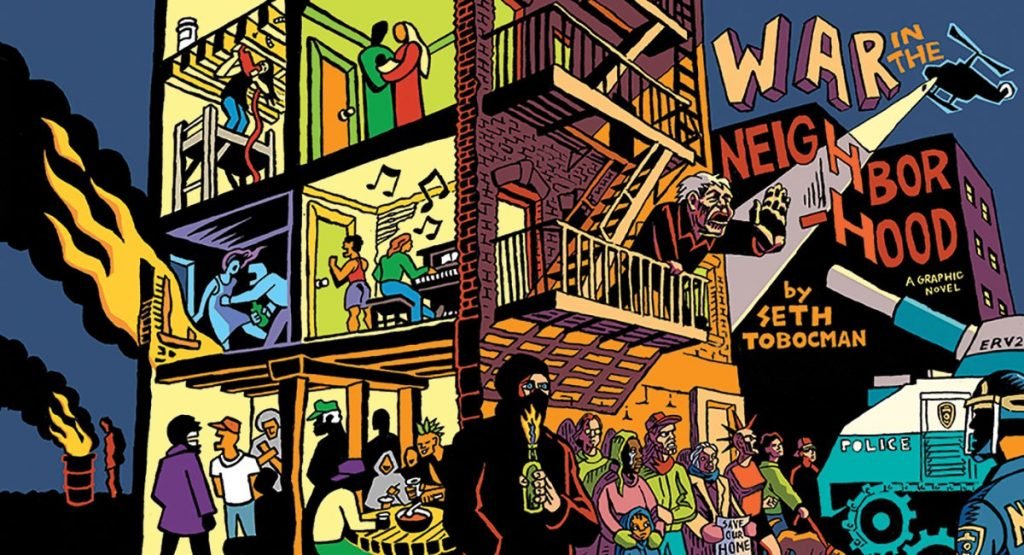 New York City's Lower East Side was a well-known landing strip for recent arrivals in the United States. For more than a century it was home to thriving communities of artists, radicals and working class families. In a gripping series of fictionalized accounts, political artist Seth Tobocman illustrates the L.E.S. of the late 80s—an era of homelessness and gentrification, ACT UP and the AIDS epidemic, tent cities and squatted apartment buildings, street brawls between punks and skinheads and, above all, an emerging gulf between rich and poor.