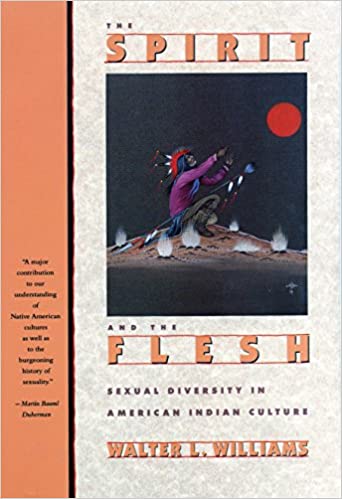 This landmark study documents American Indian cultures that venerate the berdache, androgynous people who are classified as neither men nor women. Walter L. Williams combines historical research with his own important and controversial fieldwork to explore the religious, social, gender, and sexual aspects of the berdache tradition. An acclaimed authority on the subject, Williams is the first outside observer to participate in both the public rituals and private lives of berdaches in various tribes.

Author’s note: Shortly after the second revised edition this book was published in 1992, the term "Two-Spirit Person" became more popular among native people than the older anthropological term "berdache." When I learned of this new term, I began strongly supporting the use of this newer term. I believe that people should be able to call themselves whatever they wish, and scholars should respect and acknowledge their change of terminology. I went on record early on in convincing other anthropologists to shift away from use of the word berdache and in favor of using Two-Spirit. Nevertheless, because this book continues to be sold with the use of berdache, many people have assumed that I am resisting the newer term. Nothing could be further from the truth. Unless continued sales of this book will justify the publication of a third revised edition in the future, it is not possible to rewrite what is already printed, Therefore, I urge readers of this book, as well as activists who are working to gain more respect for gender variance, mentally to substitute the term "Two-Spirit" in the place of "berdache" when reading this text. — Walter L. Williams, Los Angeles, 2006