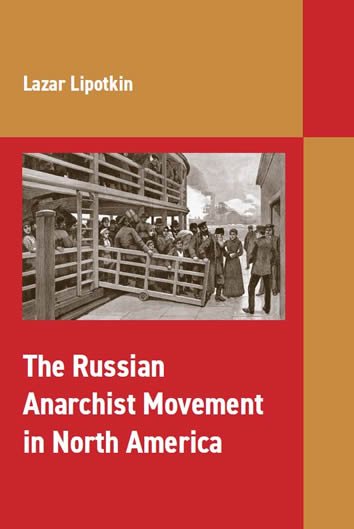 The failed Russian Revolution of 1905–1906 led to a wave of immigration from the Russian empire to North America, the first of three such waves in the 20th century. Entranced by the prospects of revolution in their homeland, many of these immigrants embraced the ideas of anarchism and formed anarchist groups wherever there was a sizeable community of Russian expatriates. Once revolution broke out in Russia in 1917, these groups grew by leaps and bounds, while many of their activists returned to Russia.

But in the so-called “Palmer reaction” of 1919–1920, most of these groups were destroyed by the U. S. and Canadian governments, with leading activists arrested, beaten, and deported. The surviving movement went underground and emerged only in the form of educational, cultural, and mutual aid societies.

Lazar Lipotkin, a long-time activist of the movement, describes its rise and fall, and long afterlife, in this comprehensive account, which situates Russian-American anarchism in its rightful place in the history of North American anarchist movements against capital and the state.

LAZAR LIPOTKIN (1891–1959) was born Eliezer Solomonovich Lazarev in Odessa. He joined the anarcho-communists at the age of 14 during the 1905 Russian Revolution. As one of the leaders of a general strike of Odessa junior high school stu­dents, he was subject to arrests. In 1910 he emigrated to the USA where he spent the rest of his life, settling in Rochester, NY. He was an active member of Federation of Unions of Rus­sian Workers of the United States and Canada, the Federa­tion of Anarcho-Communist Groups of North America and Canada, and similar organizations. He contributed to prac­tically all the Russian anarchist periodicals published in the USA, and was the chief editor of the newspaper Khleb i Volya [Bread and Freedom] (1919) and the underground journal Vol­na [Free] (1920–1924). In the 1920s he became a supporter of the “Organizational Platform” drafted by Peter Arshinov and Nestor Makhno. In constant demand as a speaker in cities where there was a Russian community, he was a consistent critic of the Soviet regime. Concerned to preserve the history of his movement, he wrote many articles on the subject and donated material to archival collections.