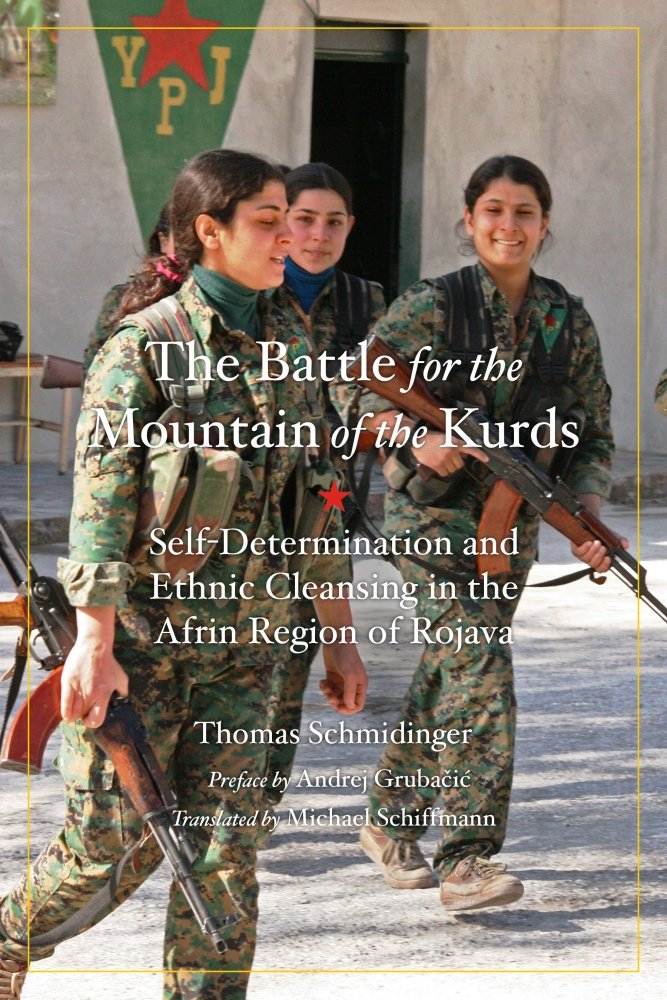 In early 2018, Turkey invaded the autonomous Kurdish region of Afrin in Syria and is currently threatening to ethnically cleanse the region. Between 2012 and 2018, the “Mountain of the Kurds” (Kurd Dagh) as the area has been called for centuries, had been one of the quietest regions in a country otherwise torn by civil war.

After the outbreak of the Syrian civil war in 2011, the Syrian army withdrew from the region in 2012, enabling the Party of Democratic Union (PYD), the Syrian sister party of Abdullah Öcalan’s outlawed Turkish Kurdistan Workers’ Party (PKK) to first introduce a Kurdish self-administration and then, in 2014, to establish the Canton Afrin as one of the three parts of the heavily Kurdish Democratic Federation of Northern Syria, which is better known under the name Rojava.

This self-administration—which had seen multiparty municipal and regionwide elections in the summer and autumn of 2017, which included a far-reaching autonomy for a number of ethnic and religious groups, and which had provided a safe haven for up to 300,000 refugees from other parts of Syria—is now at risk of being annihilated by the Turkish invasion and occupation.

Thomas Schmidinger is one of the very few Europeans to have visited the Canton of Afrin. In this book, he gives an account of the history and the present situation of the region. In a number of interviews, he also gives inhabitants of the region from a variety of ethnicities, religions, political orientations, and walks of life the opportunity to speak for themselves. As things stand now, the book might seem to be in danger of becoming an epitaph for the “Mountain of the Kurds,” but as the author writes, “the battle for the Mountain of the Kurds is far from over yet.”

“Preferable to most journalistic accounts that reduce the Rojava revolution to a single narrative. It will remain an informative resource even when the realities have further changed.”
—Martin van Bruinessen, Kurdish Studies on Rojava: Revolution, War and the Future of Syria’s Kurds

Thomas Schmidinger is a political scientist and a cultural and social anthropologist. He teaches at the University of Vienna and is both secretary-general of the Austrian Society for the Promotion of Kurdology and coeditor of the Vienna Kurdish Studies Yearbook. He is the author of a number of books on migration, cultural integration, the Middle East, and other topics, several of which have been translated. His previously translated book Rojava: Revolution, War and the Future of Syria’s Kurds was published by Pluto Press in 2018.

Andrej Grubačić is the chair of the Anthropology and Social Change department at the California Institute of Integral Studies. His books include Don’t Mourn, Balkanize: Essays after Yugoslavia. Andrej is a member of the International Council of the World Social Forum, the Industrial Workers of the World, and the Global Balkans Network.

Michael Schiffmann is a linguist, cultural scientist, translator, editor, and author and teaches at the Universities of Heidelberg and Mannheim. He is working on a research project on the history of Noam Chomsky’s generative grammar and is active in the international campaigns to free Mumia Abu-Jamal and Leonard Peltier. He has translated works by Mumia Abu-Jamal, Homi K. Bhabha, Noam Chomsky, Mahmoud Darwish, Angela Davis, Amy Goodman, Ilan Pappé, Miko Peled, and Edward Said.