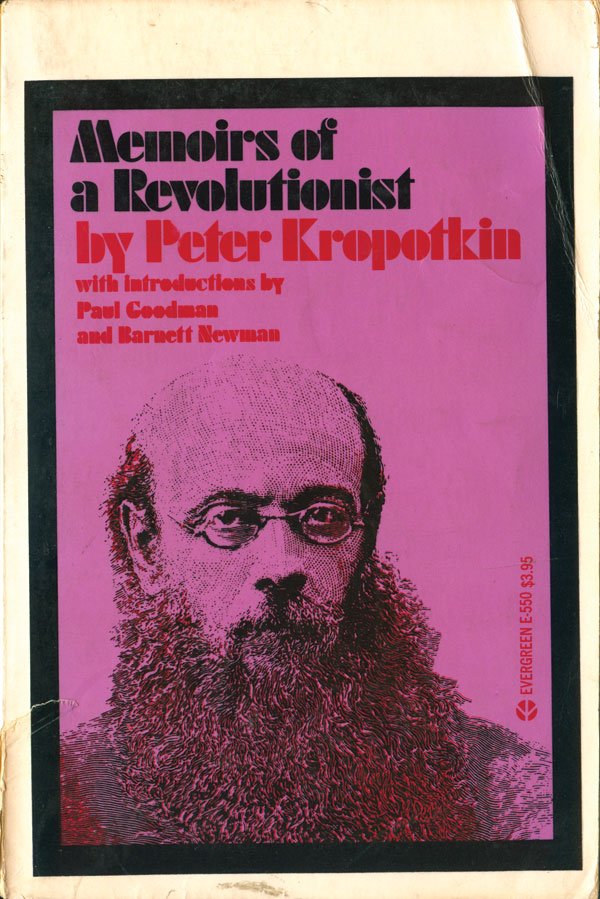 This precious work, which first appeared in the Atlantic Monthly, was published in book form in 1899. Having delighted readers as varied as Leo Tolstoy and Lewis Mumford, Memoirs continues to be a classic in this literary genre.

Peter Alexeivich Kropotkin (1842-1921) was born into the highest rank of the Russian aristocracy. This fascinating account of his dramatic conversion from prince to anarchist is more than an autobiography; it is an extraordinary portrait of the old Russia, both before and after the liberation of the serfs.

Kropotkin was a remarkable writer in the Russian tradition, and this work stands as a non-fictional counterpart of the novels in which Turgenev and other great Russian writers portray the development of social conscience among the youth in autocratic society.

Having renounced his title, Kropotkin pursued his work as a scientist and won international acclaim as a geographer as well as a radical. Memoirs is also a study of the early anarchist movement in Western Europe, in which Kropotkin played a part after his escape from a Russian prison – thereby earning a second imprisonment, this time in France.