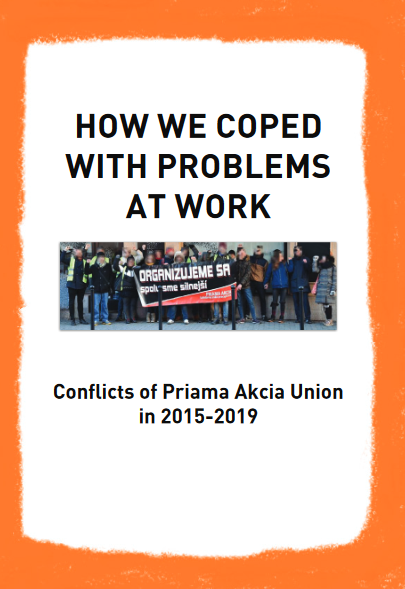 Priama Akcia union was involved in five conflicts in 2015-2019. All but one have turned out in favour of the workers involved. The key thing was that the conflicts were under their control all the time and followed direct action tactics. In practice, we have shown that anarcho-syndicalist principles work and produce results. We are delighted to share with you these first successful anarcho-syndicalist activities in Slovakia, and hope that they inspire other workers.

Conflict over unpaid wages with CATO Agency (Košice)In addition to the problem of unpaid wages, the temporary worker wasaccused of damages and the boss demanded that he pay part of it by working for free. In the end, he won his money and didn’t have to pay for any damages.

Three conflicts in the hospitality sectorLozano Pub (Bratislava), Space Mania (Senec), bistro (Bratislava)All involved owed money. We succeeded in two of them within a few weeks, while the third was prematurely terminated by a worker. Also, we supplemented our analysis with some tips that might be useful not only for people working in the hospitality sector, but in others as well