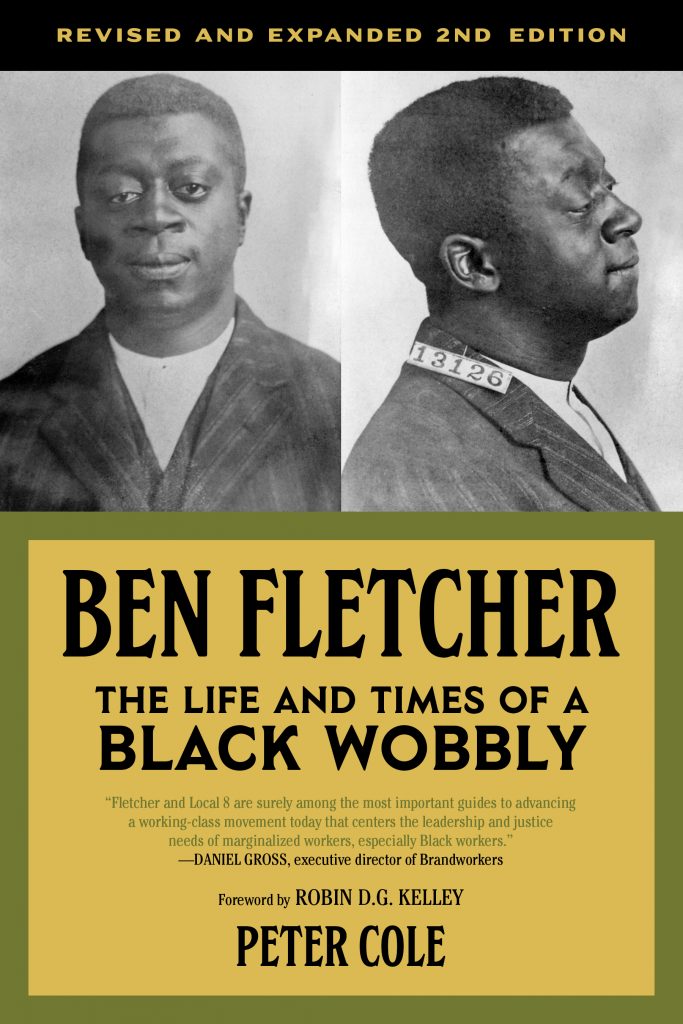 In the early twentieth century, when many US unions disgracefully excluded black and Asian workers, the Industrial Workers of the World (IWW) warmly welcomed people of color, in keeping with their emphasis on class solidarity and their bold motto: “An Injury to One Is an Injury to All!” Ben Fletcher: The Life and Times of a Black Wobbly tells the story of one of the greatest heroes of the American working class.

A brilliant union organizer and a humorous orator, Benjamin Fletcher (1890–1949) was a tremendously important and well-loved African American member of the IWW during its heyday. Fletcher helped found and lead Local 8 of the IWW’s Marine Transport Workers Industrial Union, unquestionably the most powerful interracial union of its era, taking a principled stand against all forms of xenophobia and exclusion.

For years, acclaimed historian Peter Cole has carefully researched the life of Ben Fletcher, painstakingly uncovering a stunning range of documents related to this extraordinary man. Ben Fletcher: The Life and Times of a Black Wobbly is the most comprehensive look at Fletcher ever to be published. It includes a detailed biographical sketch of his life and history, reminiscences by fellow workers who knew him, a chronicle of the IWW’s impressive decade-long run on the Philadelphia waterfront in which Fletcher played a pivotal role, and nearly all of his known writings and speeches, thus giving Fletcher’s timeless voice another opportunity to inspire a new generation of workers, organizers, and agitators. This revised and expanded second edition includes new materials such as facsimile reprints of two extremely rare pamphlets on racism from the early twentieth century, more information on his prison years and personal life, additional recollections from friends, greater consideration of Fletcher from a global perspective, and much more.

Peter Cole is a professor of history at Western Illinois University in Macomb and a research associate in the Society, Work and Development Institute at the University of the Witwatersrand in Johannesburg, South Africa. Cole is the author of the award-winning Dockworker Power: Race and Activism in Durban and the San Francisco Bay Area and Wobblies on the Waterfront: Interracial Unionism in Progressive-Era Philadelphia. He coedited Wobblies of the World: A Global History of the IWW. He is the founder and codirector of the Chicago Race Riot of 1919 Commemoration Project.