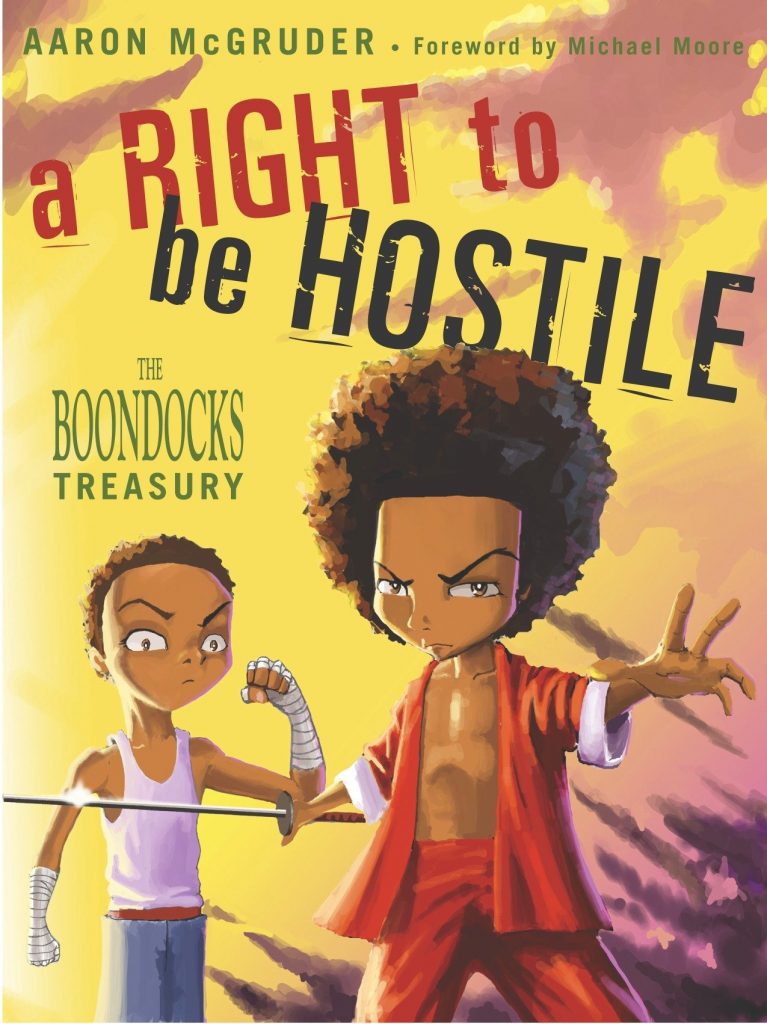 Here’s the first big book of The Boondocks, more than four years and 800 strips of one of the most influential, controversial, and scathingly funny comics ever to run in a daily newspaper.

“With bodacious wit, in just a few panels, each day Aaron serves up—and sends up—life in America through the eyes of two African-American kids who are full of attitude, intelligence, and rebellion. Each time I read the strip, I laugh—and I wonder how long The Boondocks can get away with the things it says. And how on earth can the most truthful thing in the newspaper be the comics?”
—From the foreword by Michael Moore