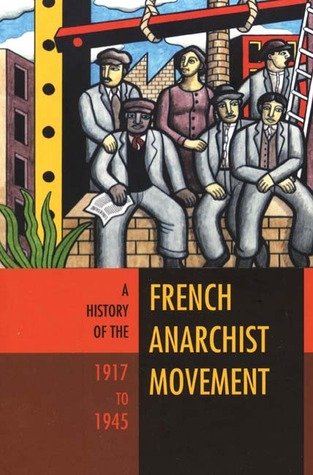 David Berry's study is the first English-language evaluation of the development and lessons of the French anarchist movement between the wars. Using an impressive array of archival sources and personal interviews, Berry's original research explores the debates and growing pains of a massive, working-class, revolutionary movement facing great obstacles and uncertainty. Focusing on the organized wings of the movement—the anarcho-communist and syndicalist groups—it offers a ringside seat to the legacy of the First International, the upheaval of the Russian Revolution and subsequent Bolshevik treachery, and the fight against fascism. Includes an introduction from archivist and historian Barry Pateman.

"I think Berry's book deals with two constant and re-occurring questions in the history of anarchist practice; are anarchists ever able to create organizations that are supple and nuanced enough to be faithful to the complexities of anarchist practices and relationships, and who should or can anarchists work with in order to dismantle capitalism and replace it with a society predicated on voluntary agreement, equality, and mutual aid? ... Research of this high quality reminds us that we have much more to do before we start throwing around too many generalizations about where we are now as anarchists and what needs to be done to allow anarchy to flourish and grow. There is still much for us all to learn. Time to get on with it."—Barry Pateman, from the Introduction

"Berry has done an amazing job of poring through the speeches, the newspapers, the reports of meetings of all the various strands of the anarchist movement to develop a coherent story of changing anarchist ideology in the 1920s and 1930s."— H-France
"We should applaud a study which has no equivalent in French and which does not fear bringing to light the hesitations and the U-turns, but also the lucidity and the courage of many militants."—Réfractions

Dave Berry has been active on the Left in one way or another for over 30 years, most recently in the local branch of his union. He teaches French and politics at Loughborough University (UK). A founding member of the Anarchist Studies Network, he is also reviews editor of the journal Anarchist Studies.